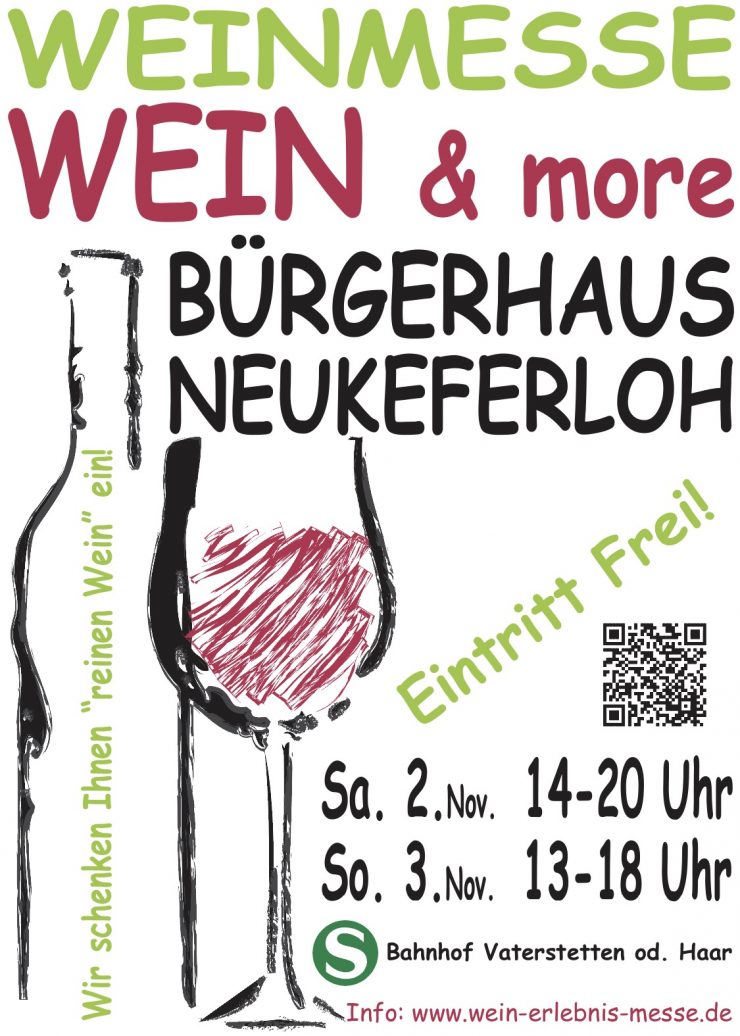 Wein Erlebnis Messe in Neukeferloh in November 2019
In the world of wines we are used to big and famous expositions. Vinitaly in Verona, the Merano Winefestival, ProWine in Dusseldorf, are large events where many numbers of producers and importers try to reach as many professionals as they can in a short span of time. In Germany however there are also small local wine events where producers get in touch directly with the consumers to sell their products. 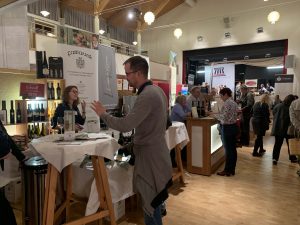 When a friend invited me to one of these events I accepted with pleasure. Armed with my notebook I took the suburban train, the S-Bahn, and reached the , an event taking place twice a year, in Neukeferloh, a village located about 15 Km in the east of Munich. This time more than 50 exhibitors shared two big rooms in the local community center where visitors roamed sipping wine and sampling local products. On arrival, by interacting with some of the guests I discovered that many of visitors where local regulars. In any case almost all them were eager to suggest me their favourite producers.

Following their indications my first stop was  the desk of the Weinbau Tremmel, an Austrian producer from Rust in Burgenland with a long family tradition tracing back to the 17th century which has since 2004 embraced a policy of avoiding the used of insecticides opting instead for pheromones based approaches. Tina, who regularly collaborates with the producer, was enthusiastic to have me trying all the wines (almost 20 of them!). Many of the white wines had the typical enjoyable acidity of Austrian wines. 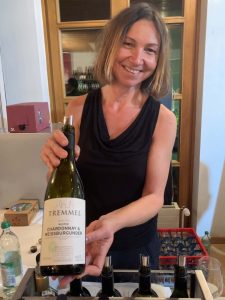 I was impressed by the Chardonnay&Weissburgunder 2016, with moderate vanilla notes and the a great equilibrium in the mouth tanks to the blend of the two grapes. The Furmint 2018, from the grape which is used in Hungary to produce the famous Tokay and which after years of neglect has been rediscovered and promoted in the Rust area, was interesting with its herbal and pear notes paired with its extreme dryness, which reminded me of the dryness of a Grauburgunder together with the fruitiness of a Sauvignon. The Pinot Noir 2016 with his light colour and the typical aromatic note was a good example of this typology of wine; in the mouth, after a short hint of sweetness, it left a rainbow of herbal notes. The Blaufränkisch Mitterkreftn 2015 was a spicy, fruity, long and intense wine. The most interesting red was without any doubt the Blaufränkisch Bandkreftn 2004, an old opulent wine with leather notes which however did not interfere with its freshness of the red berries.

Next I visited the stand of Daniela Dünchelmayer, 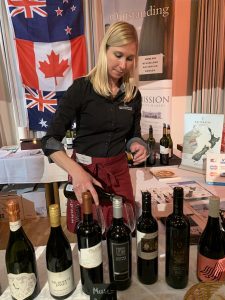 an importer specialised in wines from New Zealand, Australia and Canada. She is actually a layer by profession who got interested in wines and now collaborates with Wine in Motion, a large importer specialised in these countries. She like wine tourism and while in New Zealand she visited all the partner wineries. Once you visited a winery, she explained, the wine selection becomes much easier. Her Two Rivers Black Cottage Sauvignon Blanc 2018, was a great example of typical rich sauvignon from New Zealand, where apples and flowers first clog your nose and then fill the mouth. The Murdoch James Estate Pinot Noir 2013 was also an example of the deepness in taste that the New Zealanders can achieve when producing some of the wines of the old word.  Next I was surprised to discover that even Canada produces quality wines, and the Diamond Estate Cabernet Sauvignon 2013 presented itself as a rich and deep wine with cherries, cassis and wooden notes.
I regret that did not manage to try some of the other recommended producers. However time was short and sometimes it is worth to have take a more relaxed stand to combat the always lingering fear of missing out, FOMO, the pervasive apprehension that others might be having rewarding experiences from which one is absent.  This is not only a problem of our teenagers glued to their mobile phones, but often affects also visitors to wine events.

For information write us an email immediately